Never thought I would be a camper!

Camping was not for me, I thought. When others would talk of the joys of sleeping under the stars, hiking in the wilderness and cooking on the camp grill...I just couldn't muster a ton of enthusiasm . Especially the part about not having your own bathroom. My idea of camping was a large shower, pay-per-view movies in bed and room service at a luxury hotel.

Then I met and fell in love with Tom. He likes to camp. Very much. Just a few weeks into our new relationship, he asked me if I'd not only go camping with him but would I go to Burning Man! Talk about hot, sweaty and dirty! 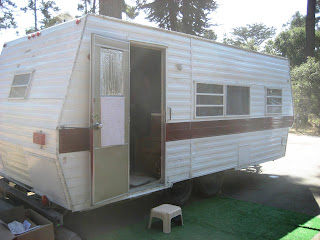 I'd survived and even thrived in the dust and dirt at the Bonnaroo Music and Arts Festival in Manchester, Tennessee with about 80,000 other music lovers a couple times...so, why not Burning Man, I thought. Plus, Tom's a BM camping veteran and knew the ropes.
The clincher was that he had a little travel trailer. I could pee indoors!

Was it hot and dusty? Yes. Did it take me out of my "comfort zone?" Yes. Did I enjoy it? YES! Once you realize that everyone is in the same hot and dusty boat, you get over that little hurdle pretty quickly. Meeting new people, ogling artwork and costumes and embracing the "leave no trace" and "self-reliance" mantras that permeate the festival became my focus and was tons of rewarding fun. 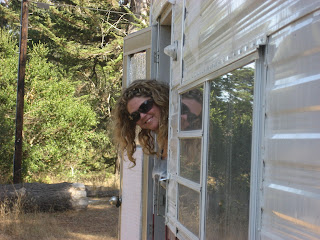 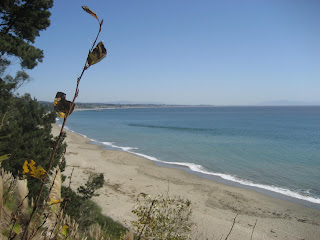 Since our inaugural camping adventure at Burning Man in 2009, we've hit the road to Santa Cruz, Pismo Beach, Yosemite and Quartzite, Arizona. Last spring, we upgraded the little trailer by about a decade to the  1981 Wilderness with the green stripe, rechristened The Mean Green Love Machine :) It's not fancy but the oven and stove in this one work which is a plus for camping in cold or rain since we can cook inside the trailer if we need to.
Our next excursion is to a spot new to us, Mercey Hot Springs, recommended by friends and RV fulltimers, Debby & Bill.https://merceyhotsprings.com/Home_Page.html
Posted by Schelby & Tom at 4:50 PM 8 comments: